Teaching the art and science of philanthropy: Students learning to give

FORTH WORTH, Texas — A middle-class student with a tuition bill of close to $130,000 hanging over her head, it’s no surprise 21-year-old Kathleen Mellano spends a lot of time worrying about money. In addition to working three jobs, the bubbly brunette is relying on scholarships, federal loans and cash from mom and dad to pay for her degree in psychology from Texas Christian University.

This semester, though, it’s not bills that are weighing heavily on Mellano’s mind. She’s been charged with the task of donating 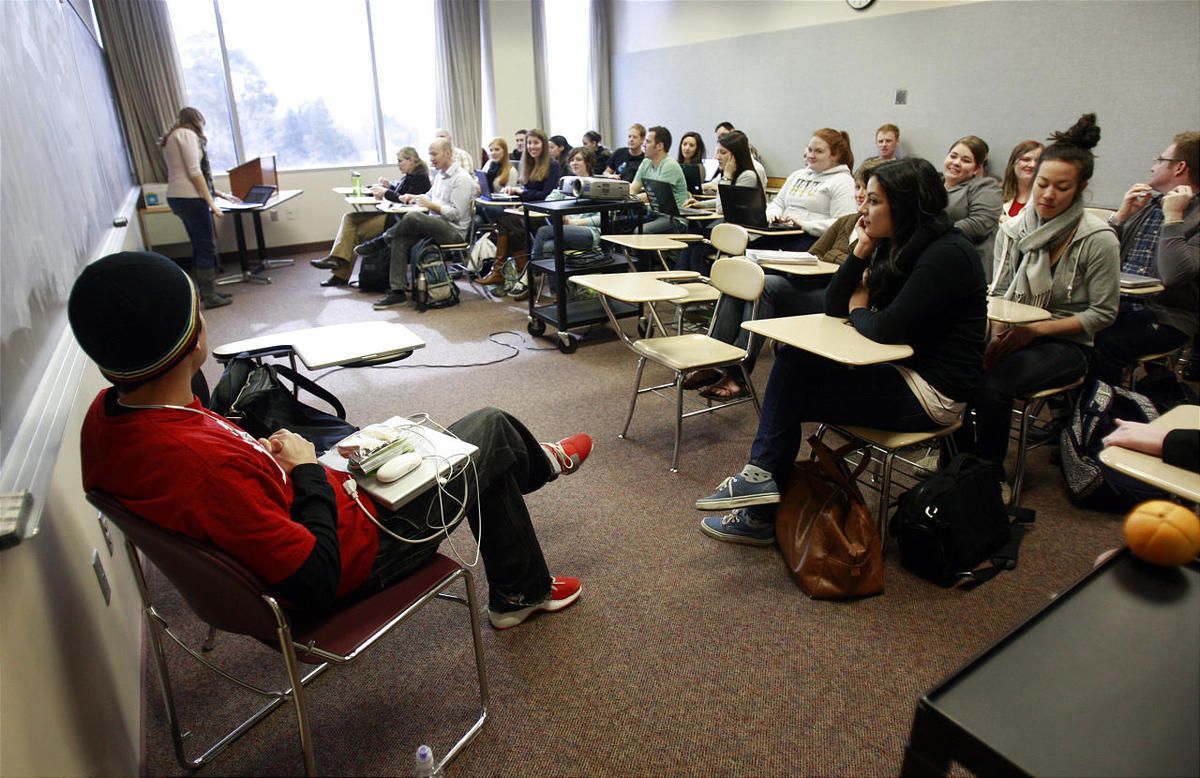 “I thought it would be easy to pick who to give the money to,” she said. But after spending 15 anxious hours clicking through hundreds of charity websites in one week, she concluded, “It’s not easy at all.”

Mellano is enrolled in a hands-on course designed to teach TCU students the art and science of philanthropy. During the past decade more than 100 such courses have popped up in U.S. colleges and universities. The classes, offered at state and Ivy League schools alike, are as diverse as the campuses they are taught on. Aimed at both graduate and undergraduate students, they are presented in the context of everything from sociology to business. Some are designed to help students prepare for a career in the nonprofit sector, others have a more simple goal to help students become more aware of the nonprofit sector. But they all have one thing in common: they put real money in the hands of college students and, with it, the power to make real change.

Ballooning interest in philanthropy as an academic subject is part of a larger trend toward civic engagement on college campuses.
The number of colleges that offer classes based not just on philanthropy, but also volunteerism, advocacy and activism have steadily climbed in recent years. In a 2010 survey of 1,100 colleges and universities across the country, more than 50 percent indicated they had made community service a requirement for at least one major, according to Campus Compact, a national coalition of educators that promotes civic engagement. Fourteen percent offered students the opportunity to major or minor in community service and 12 percent required all students to log some good deeds before graduation.

“We are talking about much more than an increase in philanthropy and volunteerism among students here,” said Sue Kellman, director of communications for Campus Compact. “Engaging with the community through service learning is becoming a part of the fabric of college life.”

With at least 25 new philanthropy courses launched within the last year, the trend doesn’t show signs of slowing. The movement is driven in part by private foundations interested in training up tomorrow’s donors and in part by universities’ desires to meet the needs of an especially socially conscious generation of young people. Few of the students who enroll in these courses — most of whom, like Mellano, come from modest backgrounds — will go on to become billionaire philanthropists. But those who fund the programs hope they are inspiring young people to be better citizens with a better understanding of the role nonprofits play in society. Anecdotal evidence, at least, would suggest they are succeeding.

Teaching the art of giving

In a sunny classroom in Brigham Young University’s business building last week, a redhead with long eyelashes and girlish cheeks, a balding 42-year-old in a crisp polo and a dark haired international student with a name made up almost entirely of consonants gathered their desks into a circle, laptops open. By semester’s end, their professor hopes they’ll understand the technical and ethical dilemmas that accompany donating money to charity, but on this day, they simply bantered back and forth about email addresses. The redhead, a 24-year-old master’s of public administration student named Starlee Dolman, suggested, “It would seem more professional if we had one email address to have people send grant proposals to.” The idea was met with enthusiasm, but what, the students wondered, should they call it?

It’s just the first step in what will be a months-long process to find a recipient for a $100,000 grant backed by cosmetology giant Paul Mitchell, which has partnered with BYU to give the students an opportunity to learn about philanthropy. First they’ll narrow down the field of charities, then they’ll launch an investigation into the nonprofits’ finances and analyze their effectiveness. They’ll perform site visits and debate until they’ve decided as a group where best to spend the money.

“Right now I’m still trying to wrap my mind around giving away $100,000,” said Warren Price, 42, who is working on a master’s degree in youth and family recreation. “The impact and scope of this project is — wow. We have the opportunity as college students to actually have a national impact.”

Students enrolled in BYU’s philanthropy class, which was launched in 2008, act as consultants to community partners. Clients, 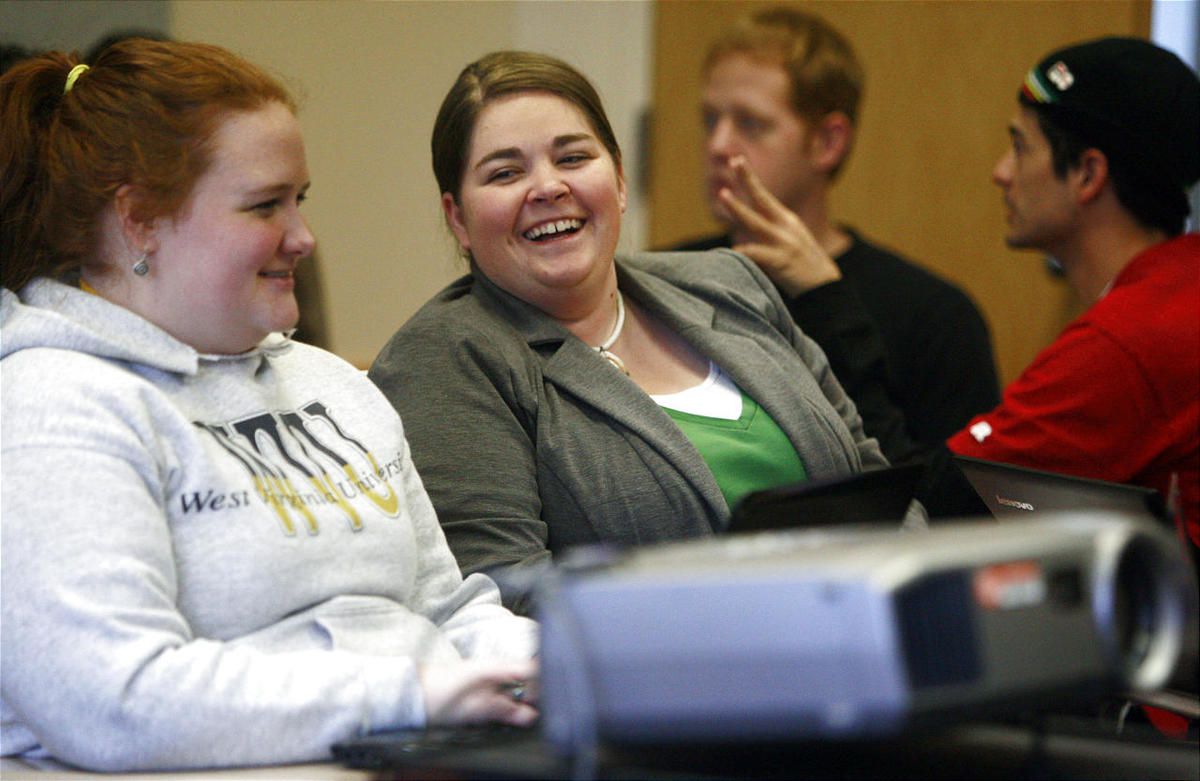 like Paul Mitchell, give students a general outline of what they want to accomplish with their money and students advise them how to donate it to best meet those goals. As part of their coursework, BYU students recruit partner organizations. In other programs, like TCU’s, though, students have total control over how the cash is spent. Some of these classes are backed by private foundations or corporations, some get the money through student fundraisers and some are funded by the university.

Ron Pitcock, who teaches TCU’s philanthropy course, said his goal is to inspire his students how to be “thoughtful and active philanthropists.” His course kicked off in 2011.

“They come to class with the assumption that they’ll pick a charity they feel emotionally drawn to, write a check and be done,” said Pitcock, who is a J. Vaugh and Evelyn H. Wilson Honors Fellow. “This class shows them that narrative is a little too slick. The narrative of giving requires due diligence, requires them to make decisions that are sometimes very painful.”

The Once Upon A Time Foundation, the Texas nonprofit that is supplying the cash for TCU’s philanthropy class, cites similar motivations. The organization, which sponsors programs in eight universities and several high schools, got involved because it was looking for ways to instill in tomorrow’s leaders the value of giving back, said Sam Lett, president.

“From an investment standpoint, it’s a multiplier,” he said. “We are not only giving back to the community, but also teaching 200 or 300 bright, top students about the joys and difficulty of giving back.”

The next generation of philanthropists

For colleges, classes that engage students in the community, like these new philanthropy programs, have become a “recruiting point,” said Sandy Scott, spokesman for the Corporation for National and Community Service.

While their charitable donations are modest in size, 93 percent of Americans ages 20 to 35 gave money to nonprofits in 2010, according to a nationwide survey conducted by The Case Foundation. Researchers at The Center on Philanthropy at Indiana University recently reported this generation of young people is more likely than any other to cite the desire to “make the world a better place” as a key motivator for philanthropic giving.

As a generation, Millennials may be more socially conscious than their elders were at their age because of increased technology, Scott said. They came of age during a series of catastrophic events — tsunamis, hurricanes, terrorist attacks, earthquakes — and it was broadcast to them in real time. The development of social media is making it easier and easier to plug into the world’s problems. 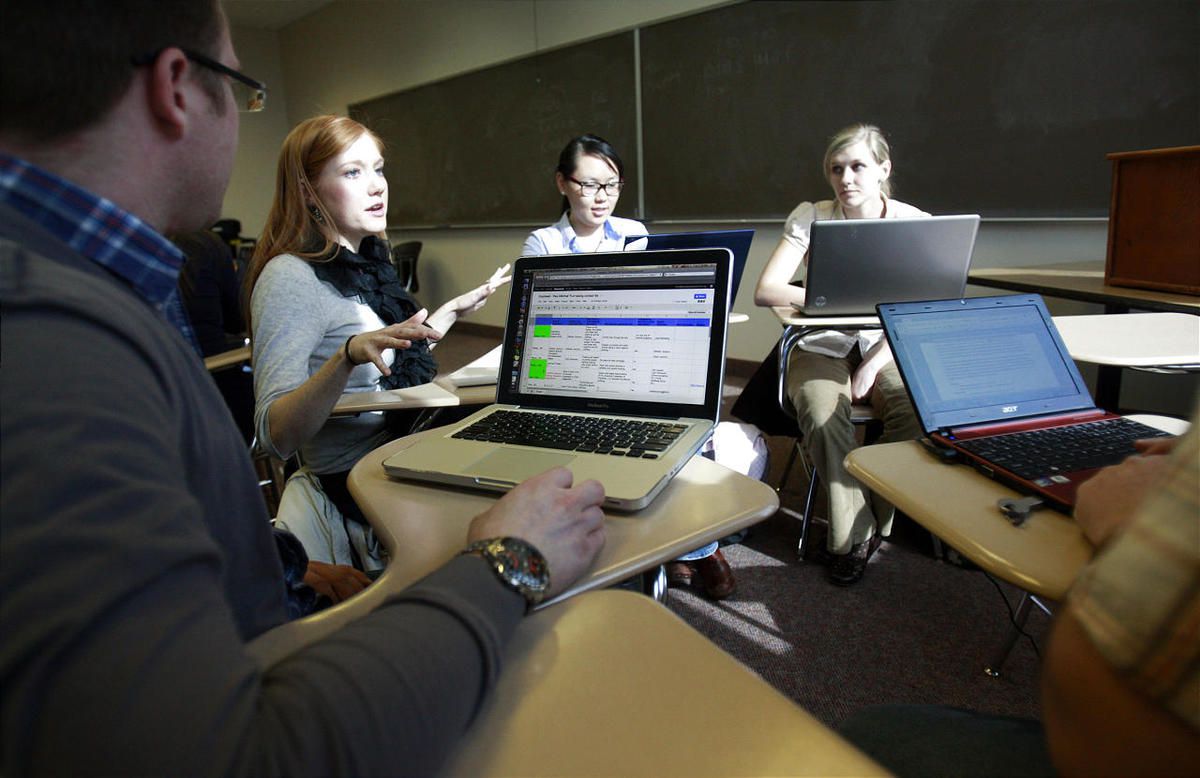 This year, TCU’s philanthropy class filled up less than one minute after registration opened up. Mellano said students had been whispering about “the class that lets you give away money” in the halls for weeks. She was so eager to get in, she readied her request for the class the night before class registration then watched the clock until the class opened.

“It was a fight to get into the class,” she said. “I’m excited to see how the semester unfolds.”

Because TCU’s class was so popular during its inaugural year, the Once Upon A Time Foundation decided to sponsor classes at eight additional universities this year. Since the Sunshine Lady Foundation started doling out grants to college philanthropy programs in 2004, the classes have garnered so much interest founder Doris Buffett decided in 2011 to create a separate foundation just to oversee them. The new foundation, called the Learning by Giving Foundation, now sponsors close to 30 programs in universities across the country.

“The tremendous interest in these programs speaks of the hopes and aspirations of this next generation,” said Louise Sawyer, executive director of the Learning by Giving Foundation. “They have great ideas and they take their responsibility to make the world a better place very seriously.”

Taking a course in philanthropy may further heighten students’ sense of social responsibility. According to national research from Northern Kentucky University, taking the classes helps students to become more aware of social problems and how nonprofit organizations address those problems. Close to half of students surveyed for NKU’s study indicated the courses increased their interest in donating money to charity and volunteering in the community. Forty-five percent said the course influenced them to consider pursing a career in the nonprofit sector.

“Taking the class definitely increased my understanding of the importance of philanthropy,” said Andrew McDonald, 22, who took TCU’s philanthropy course last year before graduating and taking a job in Houston with the nonprofit Teach for America.

Since taking the class, Caitlin Irvin, 23, a TCU graduate who now works in the sales division at Google, said she has become more conscious of where the money she donates to charity is going. Raised a devout Christian, she has always steered most of her charitable contributions to her church. She now checks the church’s financial reports every few months to see how it’s being spent.